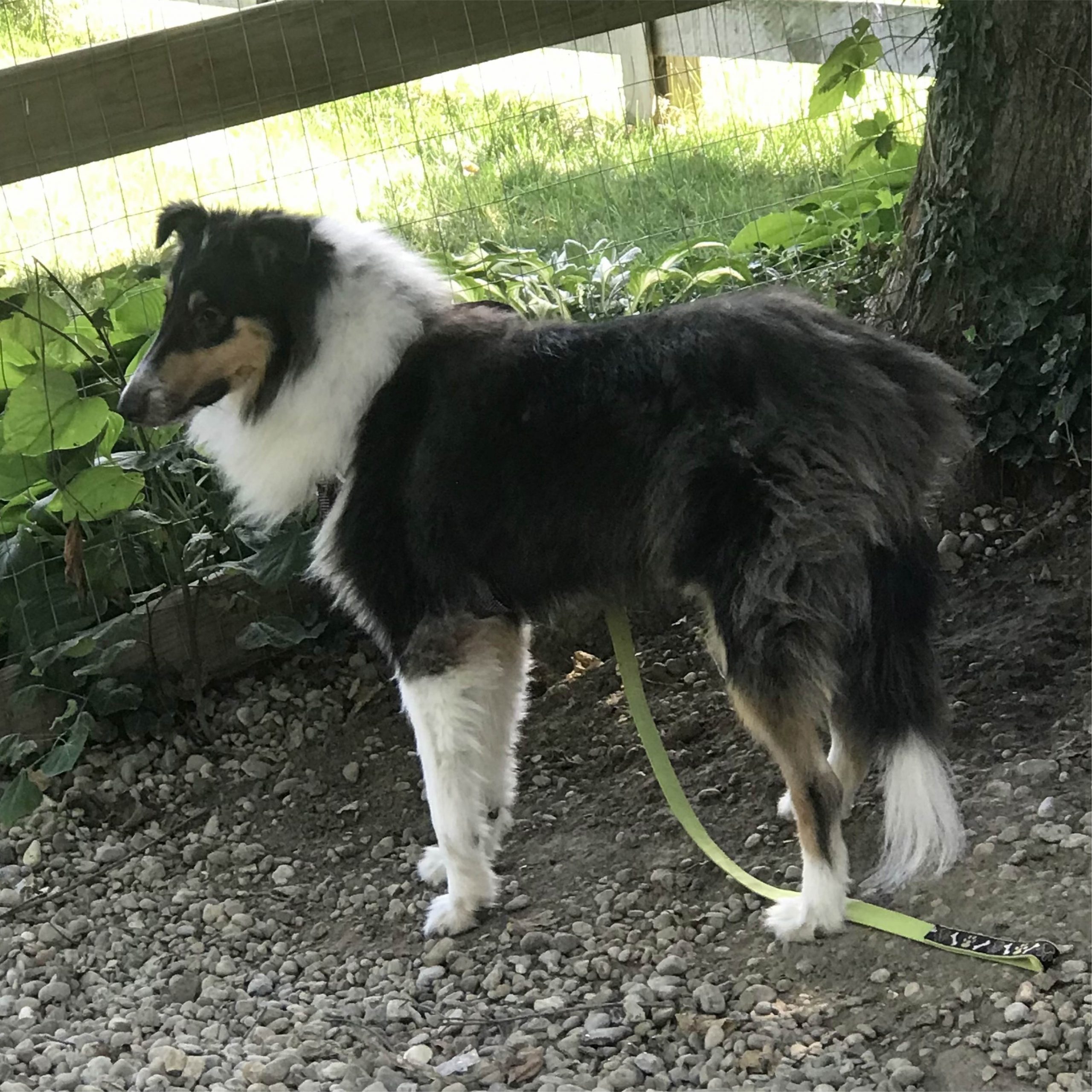 Reggie is 14 months old.  He’s been neutered and UTD on all his vaccinations. He’s not a big guy yet, still a teenager about 45lbs.
He was a much loved baby and came from his surrendering family with a big box of toys, personalized bowl holder, food bowls and food. His family is experiencing medical and financial issues and made the difficult decision to rehome him for his best life.
He’s house trained and will  go in a crate, but would prefer not to. He’s good with other dogs, loves to play with other dogs in my house. Neighbors’ dogs bark at him, so runs to get back in the house.
Reggie loves his chew toys. He’ll chase after his toys and bring them to you for more.   He’s used to being on the furniture, so uses the couch as a soft napping location.  He’ll happily sleep on the bed with you, foster brother, a grumpy 15 year old dachshund has said nope, not here to his foster home.
He’s grown up with cats, but loves to chase if they run. If they swat at him, he backs off till they run again.   He’s excellent with kids, loves to play with them.
He’s fostered in Kentucky, just south of Cincinnati. He does get car sick, so we’re working on that.